← more from
Audio Recon
Get fresh music recommendations delivered to your inbox every Friday.
We've updated our Terms of Use. You can review the changes here.

by Creatures of Habit 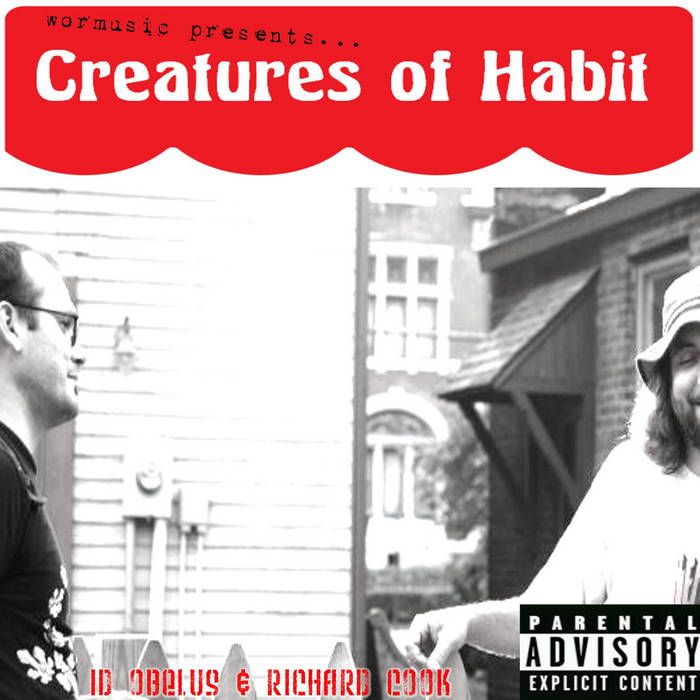 Indiana MCs Richard Cook and Id Obelus collaborate for the first time for Creatures of Habit. It's a rather odd pairing, but the combination of Cook's smooth voice and traditional approach to rap offers a great counterpoint to Id's nasal vocals and abstract lyrics. It works better than one might expect, but unfortunately most of the subject matter revolves around whack MCs and the discussion of rap as hobby vs. rap as job-y. More conceptual tracks, such as "Like A Neanderthal," where the two imagine the type of primitive man they would likely be, or "love" song "Lady Luv," would add diversity to the track selection and improve the final product. Vocally, it's a decent debut for the duo, but where the album truly excels is with Cook's production. On "Local Cats," Cook raps, "some beatmakers got the same old loops/they jacked styles that they took off some already known group," so it's no surprise one won't find that formula used on these 12 tracks. Aside from the mellow, melancholy "Lady Luv," which was produced by dRUMBOY, Cook's production fuses simple, funky loops with just a little bit of quirkiness that not only differentiates this album from the usual, but also serves as a great canvas on which to combine the differing styles of Id Obelus and Richard Cook. Their self-titled debut is good, but more importantly, it's an interesting foundation on which to build and refine their Creatures of Habit collaboration.